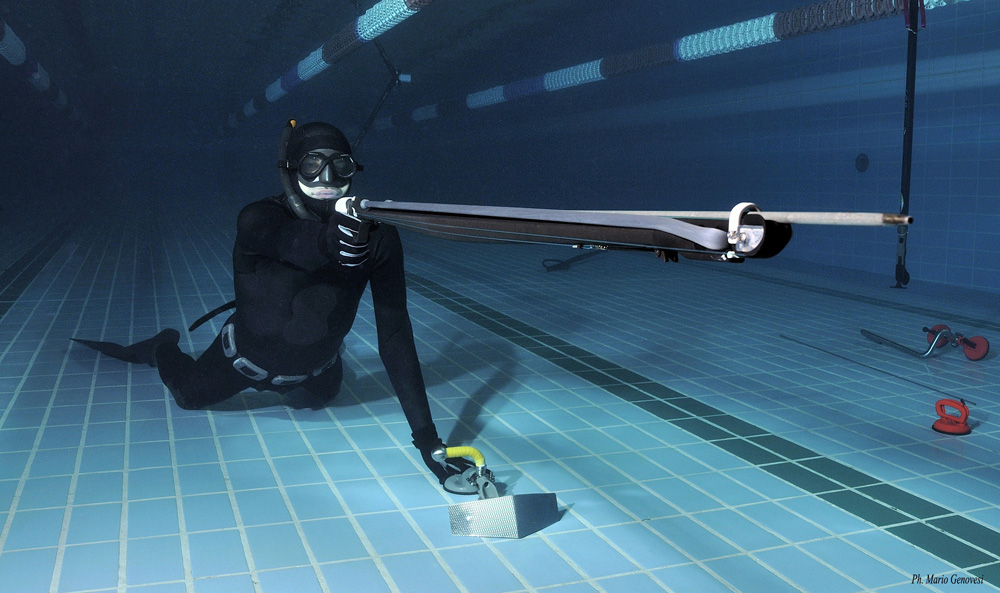 CMAS was entrusted FIPSAS with the organisation of the 2nd edition of the Underwater Target Shooting Open European Championship and the 1st edition of the Underwater Target Shooting World Cup for Clubs. An ad hoc Organising Committee called “Underwater Activities International Events 2016” has been set up to organise the twin event, which was be staged in Lignano Sabbiadoro (UD), at the Villaggio Sportivo Ge.Tur, from 9 to 13 November 2016 and from 11 to 13 November 2016 respectively.
The event programme includes the following disciplines:

After having organised the 1st edition in Brescia, from 14 to 16 November 2014, FIPSAS will again be hosting the Underwater Target Shooting Open European Championship. This second edition, of great interest from a technical viewpoint and in terms of the number of people taking part, will include the Super Biathlon, which will add to the interest and spectacular nature of the event programme. In addition to the Open European Championship Lignano Sabbiadoro will host the 1st edition of the Underwater Target Shooting World Cup for Clubs. The event, open to Clubs affiliated with National Sports Federations recognised by CMAS, will be governed by International Rules for the sporting disciplines in question and by Special Rules recently approved by CMAS. 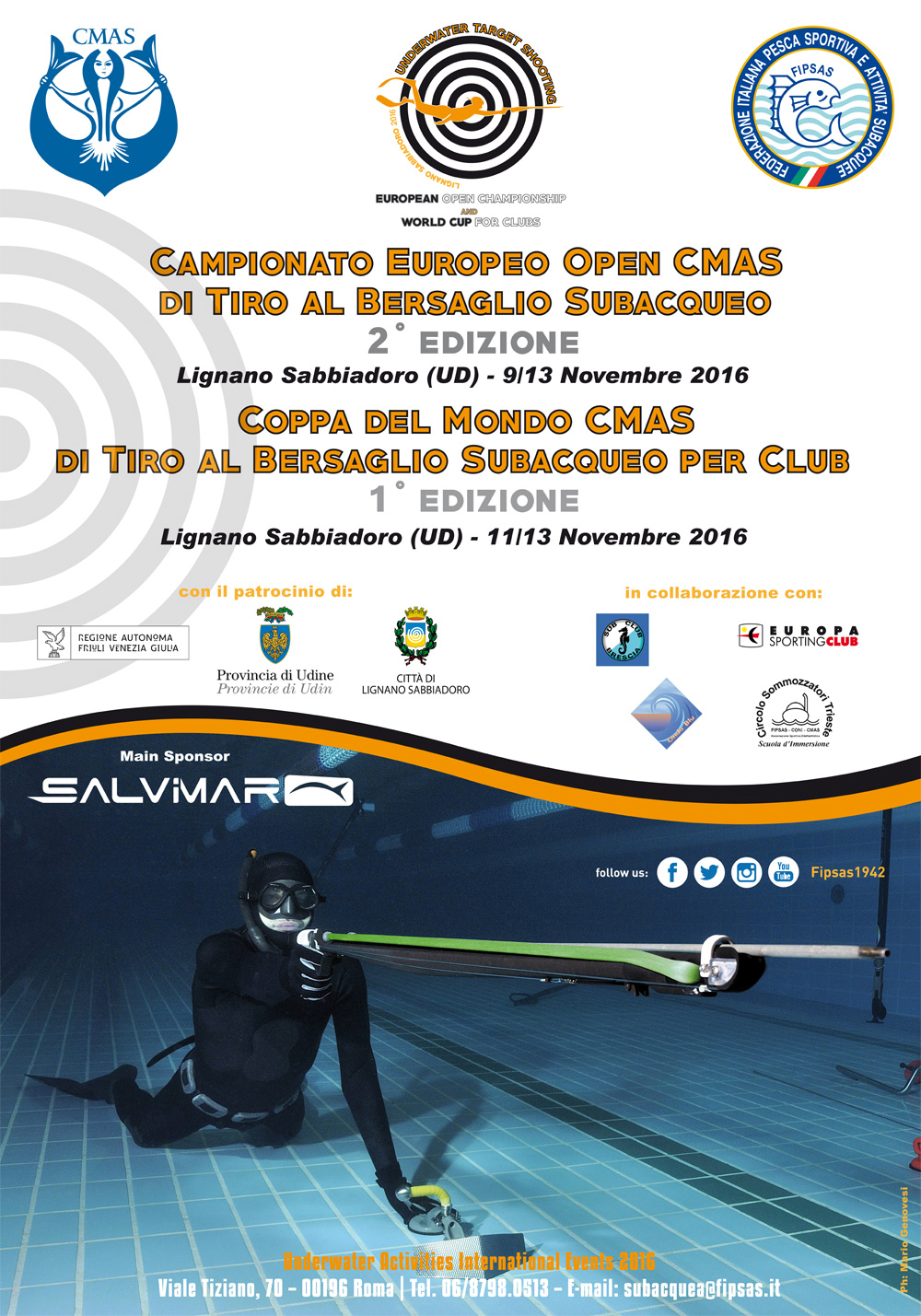