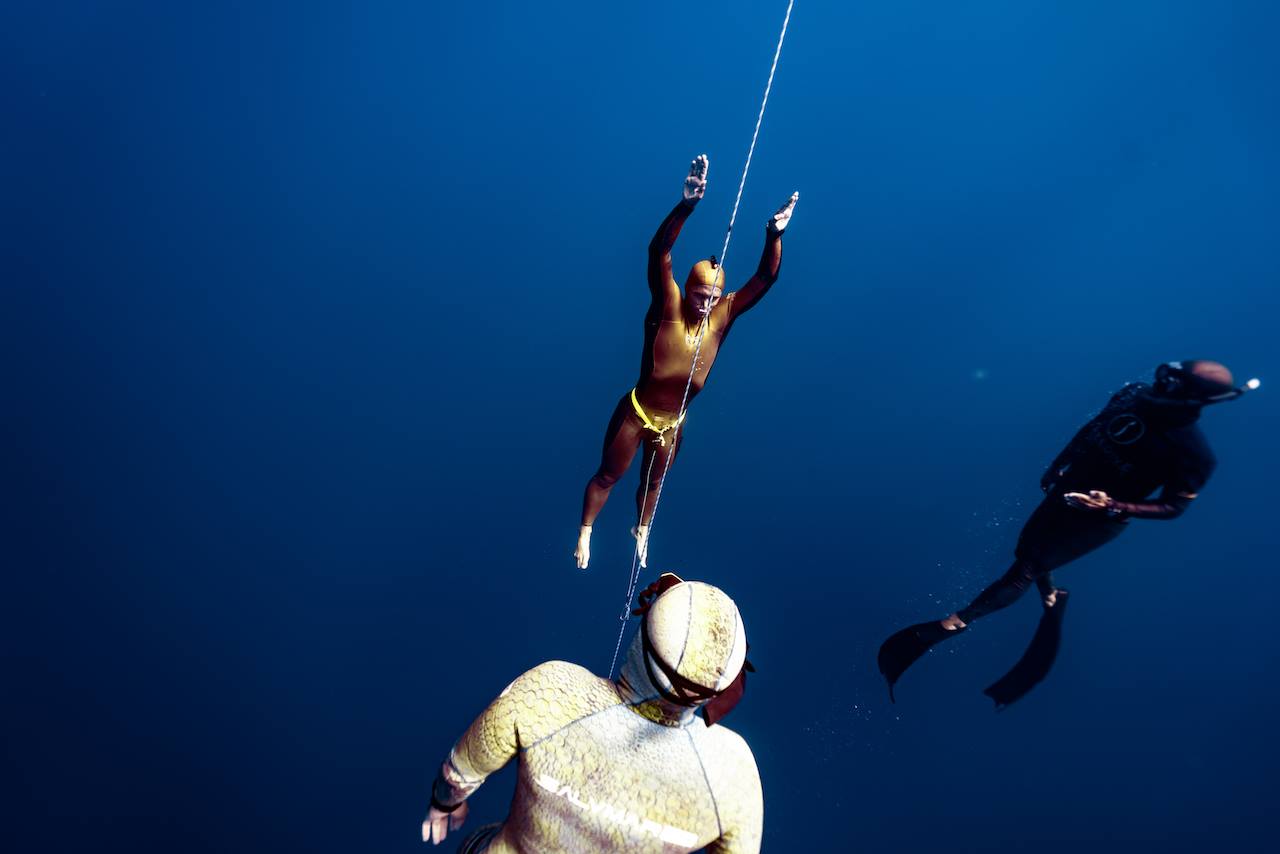 From September 18 to 23, 2018 the international and invitational freediving competition “Molchanova Grand Prix” was held in Ibiza, Spain, in memory of the great Russian freediver Natalia Molchanova, with the modalities of Constant Weight with Fins and Constant weight without fins and where some of the most outstanding freedivers in the world was participate: William Trubridge, Goran Colak, Alessia Zecchini, Sayuri Kinoshita, Hanako Hirose, Araud Jerald and of course Alexey Molchanov, son of Natalia and organizer and main promoter of the event, who released the information through his account in Instagram @alexeymolchanov

The event was be of an invitational nature and distribute 62,000 euros in prizes. 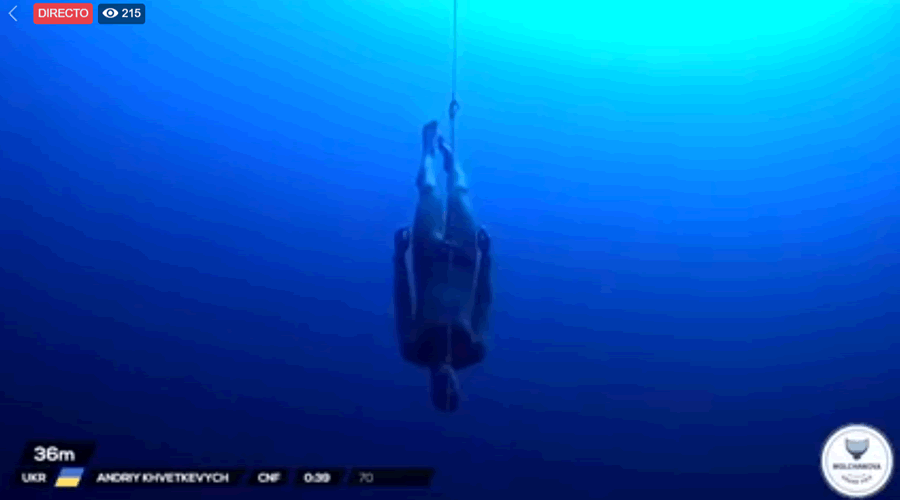 So, the first day ended and results appeared to be absolutely unpredictable and unfortunately with a big number of “colorful” cards.

However, women have started very confidently. Only one red card for Croatian athlete Mirela Kardasevic, she didn’t manage with the surface protocol. We have predicted correctly just the win of Italian athlete and the current world record holder in CNF Alessia Zecchini, her dive at 67 m was perfect and clean, just a masterpiece. Bravo, Alessia!

The second and the third are Japanese athlete Sayuri Kinoshita and Jessea Lu from China with their successful dives at 55 and 50 m.

But men’s performances and as a result, men’s pedestal is totally surprising. To begin with the fact that the current world record holder in CNF William Trubridge has turned early at 64 m (target depth was 89 m), got the yellow card and -26 points. ThenAlexey Molchanov, the nearest competitor of William, didn’t get his tag. However, the rest of Alexey’s dive at 87 m was successful. For the lost tag Alexey got the yellow card and -1 point, so, in total, he got 86 points and the first place. Alexey, right, you don’t need such a small stuff as a tag to be the first!

🙂 You are the winner as always! Congratulations!

So, as the result, on the second place is Russian athlete Andrey Matveenko with beautiful and successful dive at 70 m. And on the third place is the athlete from Gibraltar Dean Chipolina with his non-ambitious but still very accurate and clean dive at 50 m. Sometimes it seems that diving without overestimating personal possibilities and without underestimating the power of sea may bring you much higher than anyone could expect. Well-done, Dean!

Congratulations to all athletes and winners! You have done it! It was a real pleasure to watch every your dive!

The second day of the competition was the same exiting and full of drama as the first one.

Among women, the Italian athlete Alessia Zecchini again was the first with the result 100 m. She did it perfectly! Such a pleasure to watch Alessia’s dives!

Sayuri Kinoshita from Japan managed with complicated diving conditions and became the second, reached depth is 86 m. The third was the athlete from China Jessea Lu. Jessea conservatively but still very accurately and cleanly dived at 70 m and even managed to bring a flower for our beautiful and fair judge Ekaterina Romanova.

Unsuccessful dives were for Mirela Kardasevic and Hanako Hirose, both women turned early from the depth 53 and 58 m while the announcements were 80 and 82 m.

Among men, the winner, as it was expected, is Alexey Molchanov. 120 m. in these tough conditions is unreachable depth for other athletes. Alexey is just the best!

The main contender for the silver medal in CWT William Trubridge didn’t compete today; probably he didn’t feel well enough. So, the next after Alexey is Croatian athlete Goran Colak. Although he turned 4 m earlier his target depth (Goran announced 111 m) and got the yellow card and -5 points, the overall score is 102 and it is enough to be the second.

And a real fight was for the third place. French athlete Arnaud Jeraldsuccessfully dived at 100 m but made mistakes in the surface protocol. That was a reason for the red card and disqualification.

Russian athlete Andrey Matveenko turned early from 92 m while the announcement was 100 m, so, Andrey got the yellow card and just 79 points for the dive. As a result, the third is Croatian athlete Vitomir Maričić who successfully dived at 81 m. Interesting is that he did it in bi-fins while all other athletes dived today in monofins.

And the total ranking of the competitions can be described with the proverb: slow and steady wins the race.

The winner among women is, of course, the current world record holder in both CNF and CWT Alessia Zecchini. But the second and third are Sayuri Kinoshita and Jessea Lu. Both athletes dived at the depth which is much less than their best personal results but they did it accurately and confidently.

The first men became the unbeatable Alexey Molchanov, the second is another Russian athlete Andrey Matveenko and the third is little-known Dean Chipolina from Gibraltar. In both disciplines, he got white cards for non-ambitious but very clean and accurate dives what let him pass by many top freedivers.

Congratulations to all the winners and participants! You all were just inspiring and each your performance truly worth the memory of the great Natalia Molchanova!

Tonight the first competitions in memory of Natalia Molchanova will be officially over; organizers have prepared the beautiful closing ceremony and good awards. Tomorrow we will tell you about the heroes who managed to organize this great freediving fest: our safeties, doctors, judges, managers who all together were one big and very dedicated Molchanovs team. Stay tuned and see you at the next competitions! 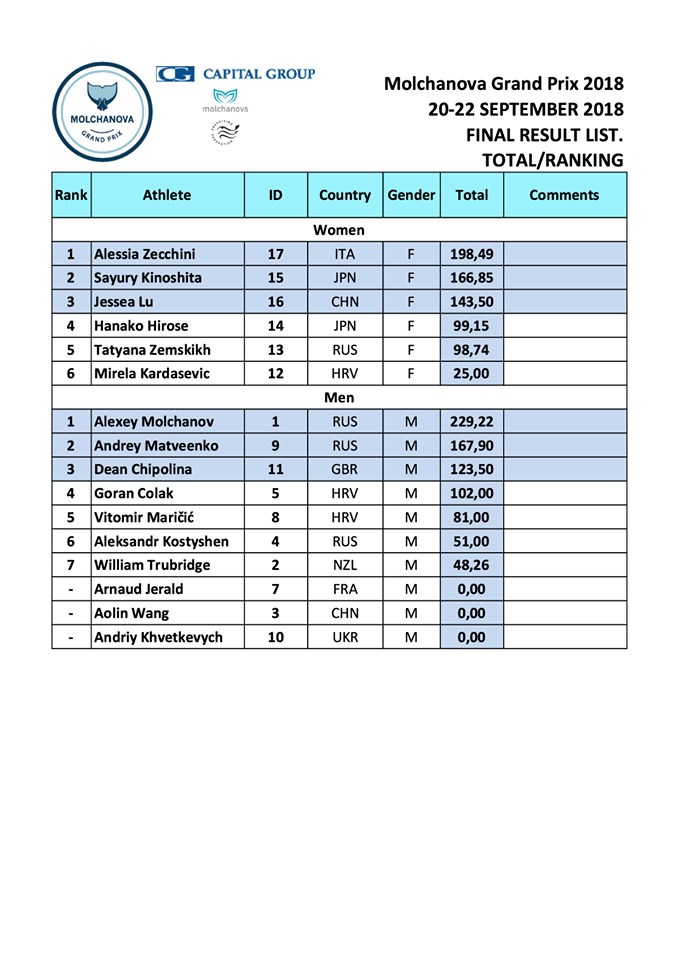 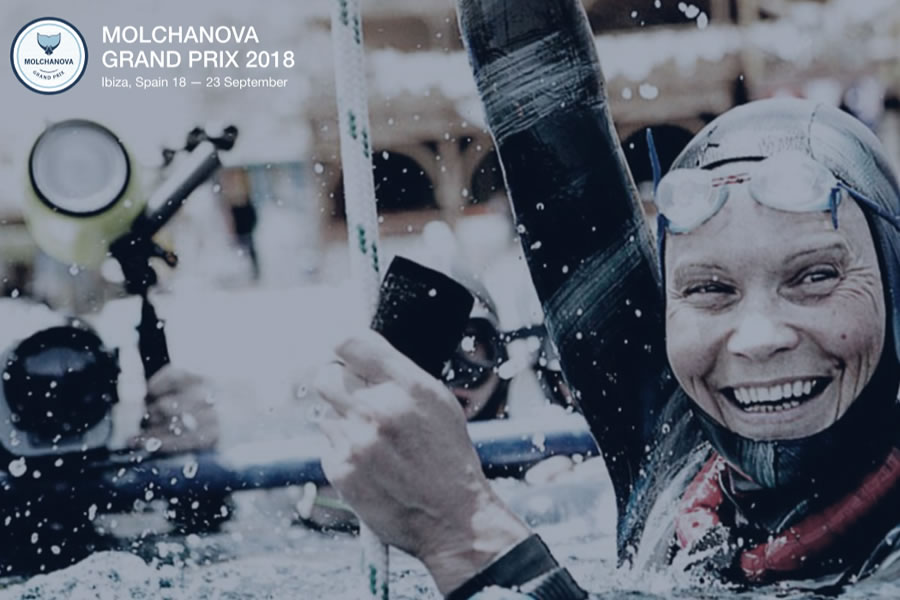 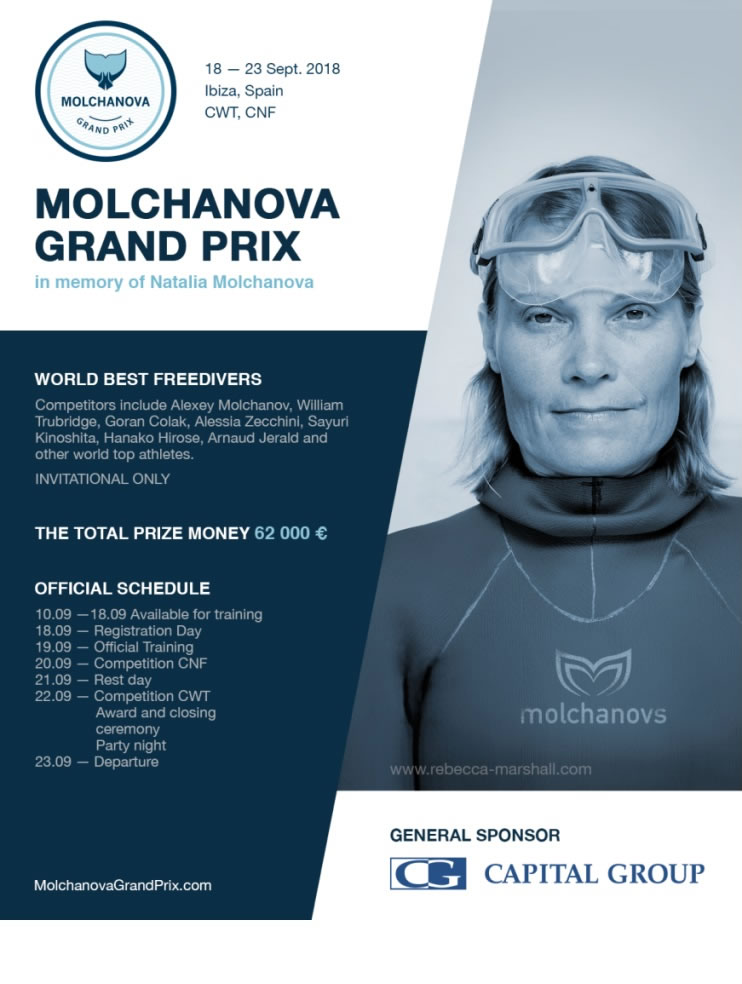