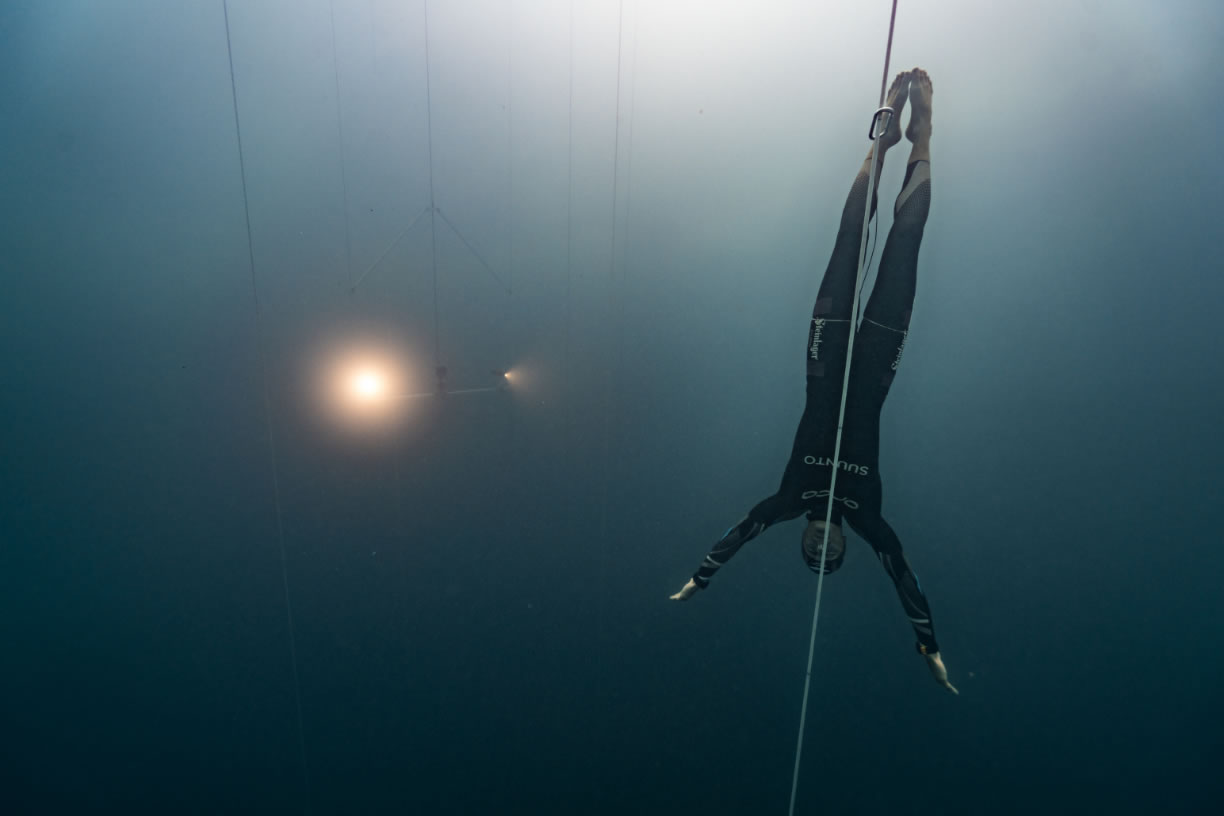 As part of the “Steinlager Live” Dive Attempt held on July 20 in the waters of Dean’s Blue Hole, Bahamas, New Zealander William Trubridge broke his own freediving world recordby swimming completely unassisted to 102 meters (334 feet) in a time of 4 minutes and 13 seconds. This discipline of constant no-fins (CNF) is arguably the purest form of freediving, as the athlete is prohibited from using fins or any other propulsive assistance, and must reach the announced target depth and return to the surface swimming only with their hands and feet. Underwater cameras and a Suunto depth gauge, as well as judges from the sport’s governing body, AIDA International, confirmed the depth and the world record, which was Trubridge’s 18th in his career.

After the dive Trubridge said that it was a tough challenge for him, especially mentally.
“When I grabbed the tag at the bottom there was an initial kind of rush or surge of yeah I’m here at the depth and then that thought comes back to you: ‘no I’ve still got to swim 102m back to the surface.’ On the way up I started to feel a little bit of a fade about halfway; the sense of an urge to breathe and hypoxia, low oxygen coming on, and I started to wonder if I might need help from my safety divers. I just tried to kind of stay relaxed and focused and that sensation didn’t get any worse, which is good, and all of a sudden I was kind of close to the surface and realized hey, I was going to be able to make this.”

The dive was broadcast back to New Zealand where a large portion of the nation was following it on TVNZ Breakfast Television. It was the second such “Live Dive” attempt, after the first, which was also sponsored by Steinlager in 2014, resulted in William Trubridge aborting the dive only 10m from the surface when he signaled for help from his safety divers. Afterwards Trubridge said it was a huge sense of relief to get the positive result this time.

“It’s been over two years in the making and to finally get this record in the bag now is a dream.”