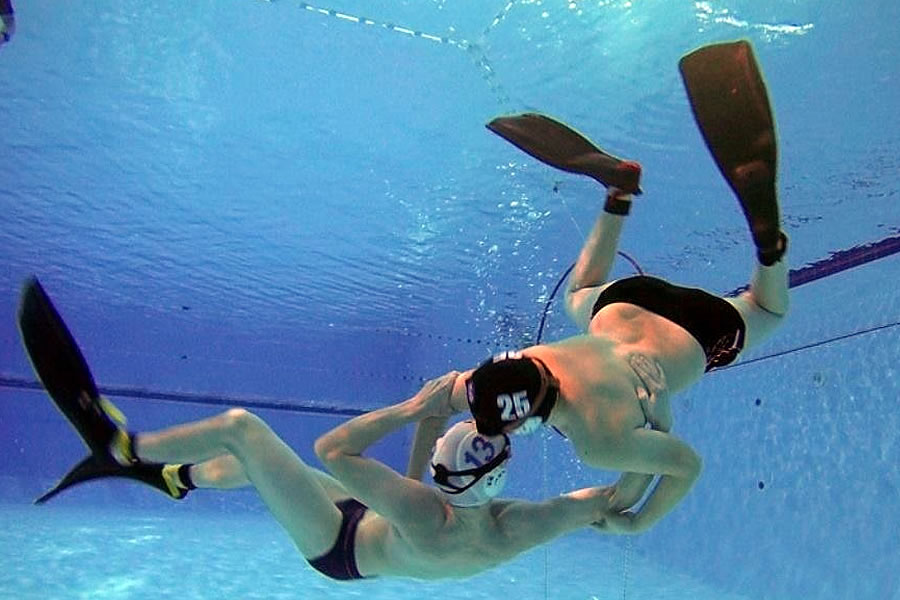 Today, we want to talk to you about aquathlon. No, not the well-known running and swimming competition. We mean the other type of aquathlon – the one you probably haven’t heard of. We’re referring, of course, to the bizarre yet brilliant world of underwater wrestling. It’s been quite some time since we covered it on this website, so if you’ve never come across it before, you’re in for a treat.

While most people who aren’t familiar with underwater sports would assume that it’s impossible to compete in combat sports underwater, they’d be wrong. Underwater rugby proves that such a thing is possible. Underwater boxing would probably struggle to find an audience because of the extremely slow and easily seen nature of the punches thrown, but underwater wrestling works just fine. If you consider the technical holds-and-submission based approach of Olympic wrestling as opposed to the theatrical WWE kind, it’s not hard to see how it could still work even with water resistance. Fighting someone underwater isn’t without risks, of course, but so long as you adhere to the rules of aquathlon and ensure there’s someone on hand to rescue you if there’s a problem, you should be fine.

The objective of professional wrestling is to pin your opponent to the mat for a count of three. That’s obviously not possible underwater, so aquathlon comes with a different objective. The aim of each contest is to reach and remove a ribbon that’s inserted into your opponent’s ankle band. Nobody seems to know where that idea came from. We’d have to ask some Russians if we wanted to find out. Russia is where the sport got started in 1982 if records are to be believed. The first underwater wrestling tournament happened in Moscow that year. The first international competition took place eleven years later, in 1993. 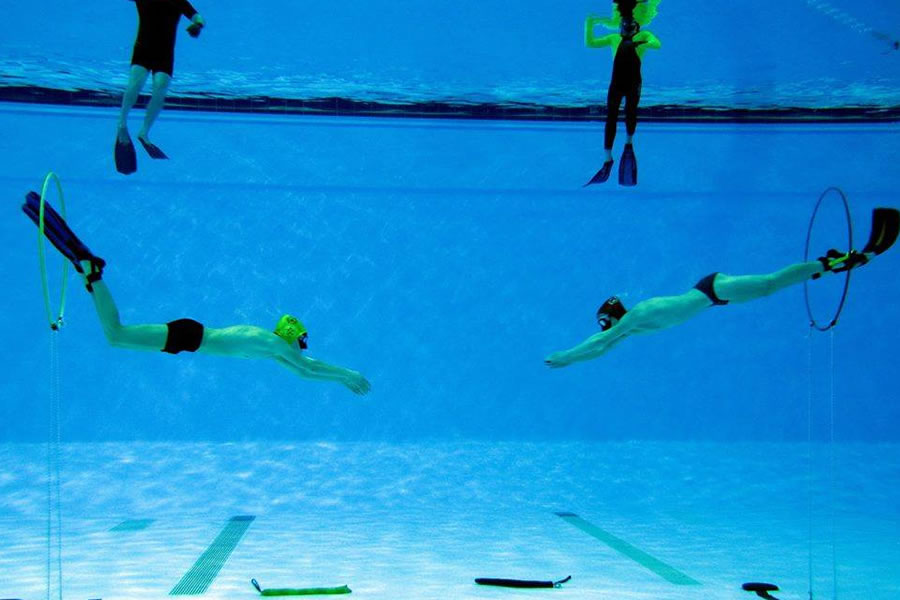 Although rules may vary a little from region to region, most aquathlon contests are split into a maximum of three rounds. Each round may last for no more than thirty seconds due to the inherent danger of a competitor being forcibly submerged for longer than that. There are no set rules on how deep a competition pool is allowed to be, but it must not be any more shallow than two meters. In some cases, the use of dummy weapons might be permissible. Yes, you read that correctly. Rubber knives and bayoneted rifles might be both used and encouraged in some competitions, and barehanded chokes are occasionally allowed, too. It’s generally acceptable to persuade your opponent to submit rather than grab their ankle ribbon. 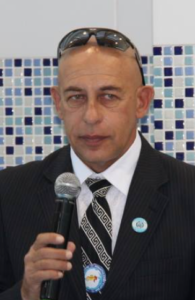 Allowing weapons into the pool might sound more like the kind of thing you expect from WWE than a genuine athletic competition, but it’s a leftover of the military origins of the sport. Igor Ostrovsky, a former Russian Navy officer, is generally credited with inventing the sport. It became popular as a form of fitness and combat training for Navy officers in other countries – especially in former Soviet territories. Indeed, almost every member of the official Aquathlon Commission is a former Soviet state. Belarus, Ukraine, Estonia, Kazakhstan, Russia, and Lithuania are all members. They’re joined by Croatia, Israel, Spain, and Italy. Together, the countries held the first-ever Aquathlon World Cup in St. Petersburg, Russia, in 2009. Since then, a World Cup has been held every year. Russia is unsurprisingly the most successful nation at World Cup events so far, with a total of 25 gold and 21 silver medals, with Israel behind them with 19 gold and 10 silver in seconds place.

Thus far, we’ve covered a few important things. We’ve established that aquathlon is a genuine sporting event. We’ve also established that it’s incredibly dangerous, weapons are sometimes used, and it’s played by supremely current and former members of the armed forces. In the process, we hope we’ve aroused your interest in the sport. That’s easier to do with a reader of this website than an average member of the public, though. You’re here because you already have an interest in underwater sports. Would underwater wrestling translate as well to someone who’d never watched underwater sports at all? That’s the big question – and it’s hard to come up with an answer. 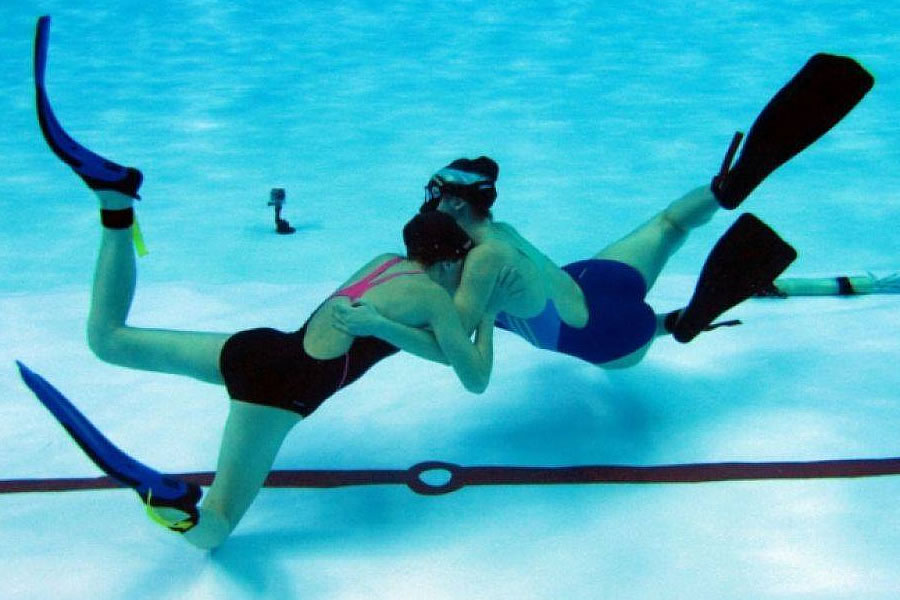 We know that professional wrestling makes money – and lots of it. Although it’s come under pressure from All Elite Wrestling within the past twelve months, World Wrestling Entertainment (WWE) is still the biggest wrestling promotion in the world. Its television broadcast rights attract billions of dollars when they’re renewed. When it hosts its annual WrestleMania event, it can sell out stadiums with one hundred thousand seats in them. It’s a truly global enterprise watched by millions of people around the world every week. Obviously, there are significant differences between WWE and aquathlon. WWE’s results are “predetermined.” What happens in an aquathlon pool is very real. Still, the almost comically absurd presence of weapons in matches might appeal to the same demographic. What wrestling fans want most of all is to be entertained. Having read all of the above, you can’t tell us that underwater wrestling doesn’t sound entertaining.

There are other feathers to WWE’s financial bow, too. At least one WWE video game comes out every year, and it usually makes big money. WWE action figures sell thousands of units per figure. At some point, there will be a range of WWE online slots. There should be some already, but something went wrong between WWE and an online slots company toward the end of 2020. The setback is thought to be temporary, and online slots websites have been advised that they’ll get the products in the near future. If you’re interested in that, keep your eyes on Rose Slots Canada. You’re far more likely to see something themed on pro wrestling there than you are to see something themed on underwater wrestling, but that needn’t always be the case. If a TV broadcaster – probably quite a brave and slightly crazy TV broadcaster – was to give aquathlon a chance, it could be a surprise hit. Even if it wasn’t, it would certainly get people talking.

With most underwater sports, we tell you that you’ll find a local team or group near you if you look hard enough. We don’t know if that’s the case with underwater wrestling. We don’t even know if it would be a good idea to get involved, even if you could find somewhere to do so. It would almost certainly be a lot of fun to watch, though – so start with that and get involved if you’re feeling feisty! 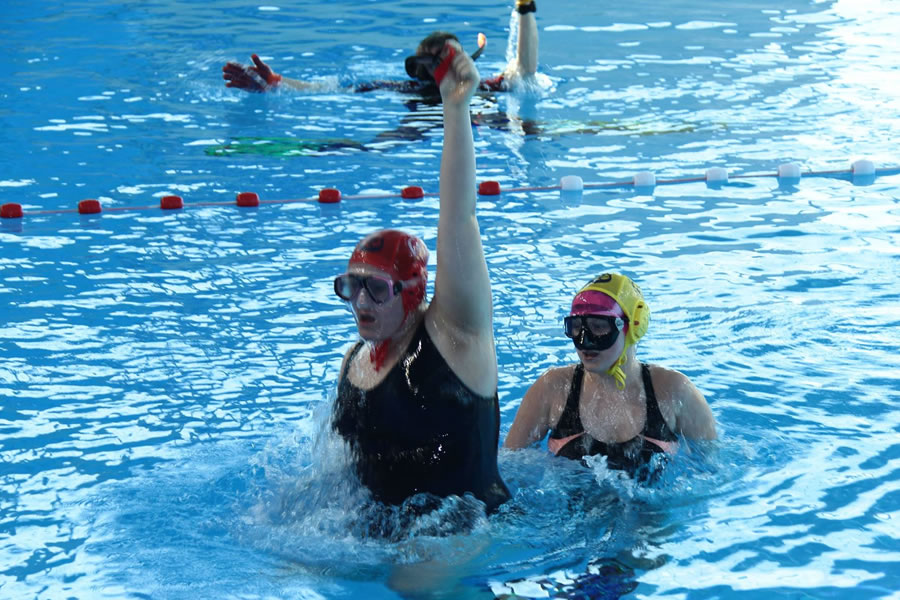