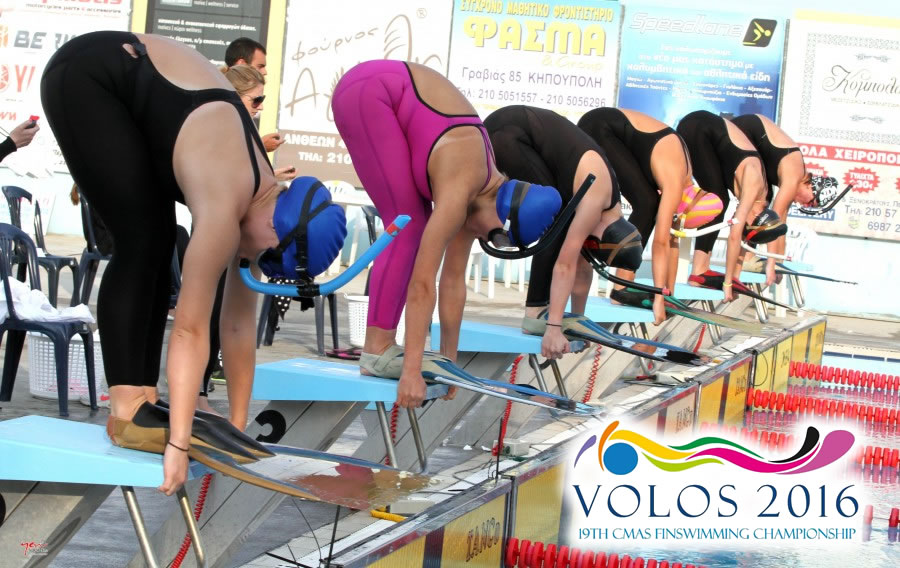 Countries that come in Volos for this great event are:

SUMMARY, SERIES AND RESULTS BY DAYS

End for the pool sports of the 19th CMAS World Senior Finswimming Championship held in Volos (Greece), with great performances on the last day of the championship.

During the morning session, in the preliminary relay race of 4x100m SF Men POSCHART Max who started the race for Germany, achieved the time 34.14. A record which was broken with the same way by KARETZOPOULOS Loukas from Greece with the time 33.34.

In the evening finals, Russia crashed the previous World Record by achieving the time 2.34.54,  and LEE Kwanho from Korea achieved a time equal to the World Record ( 13.85) in 50m AP.

Eight new World Records in Volos in Finals of the 3st day. 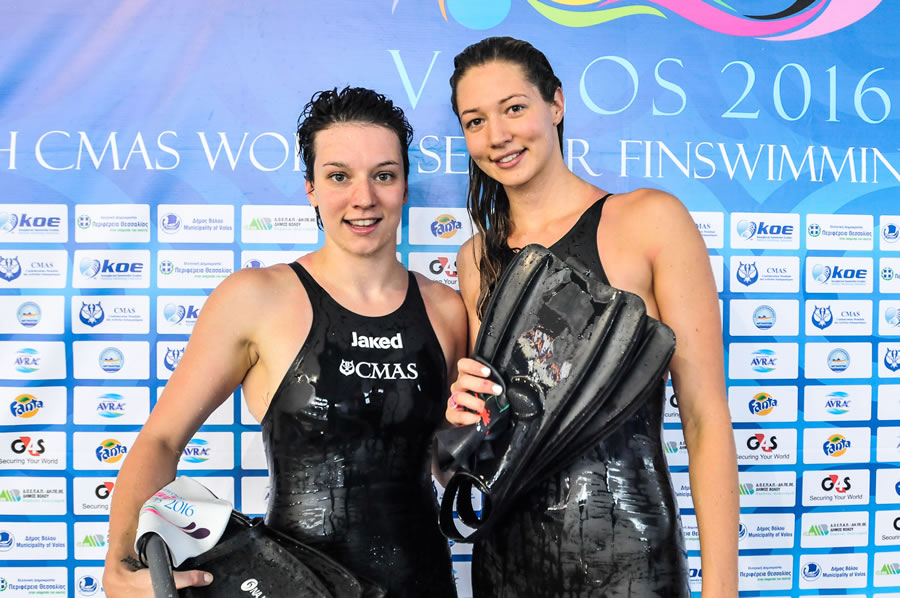 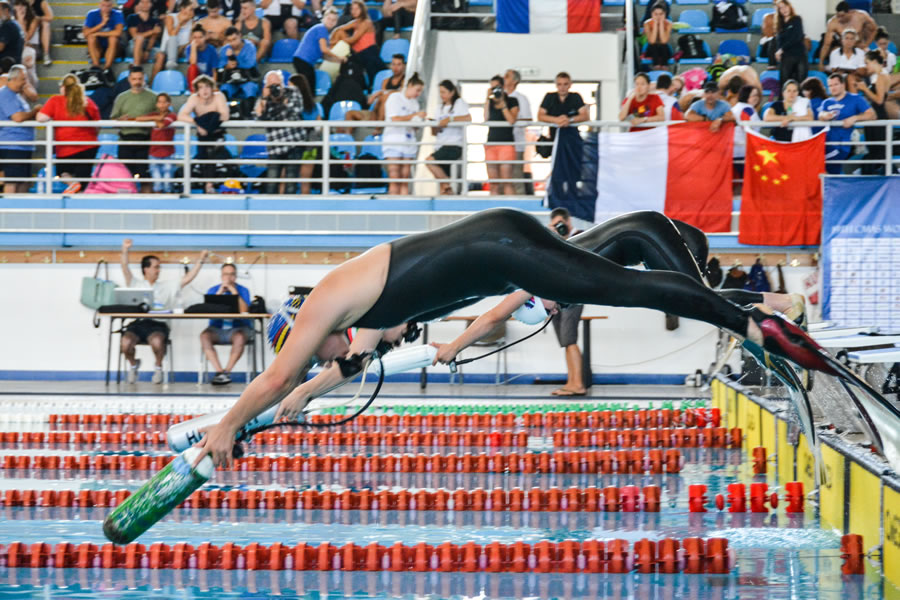 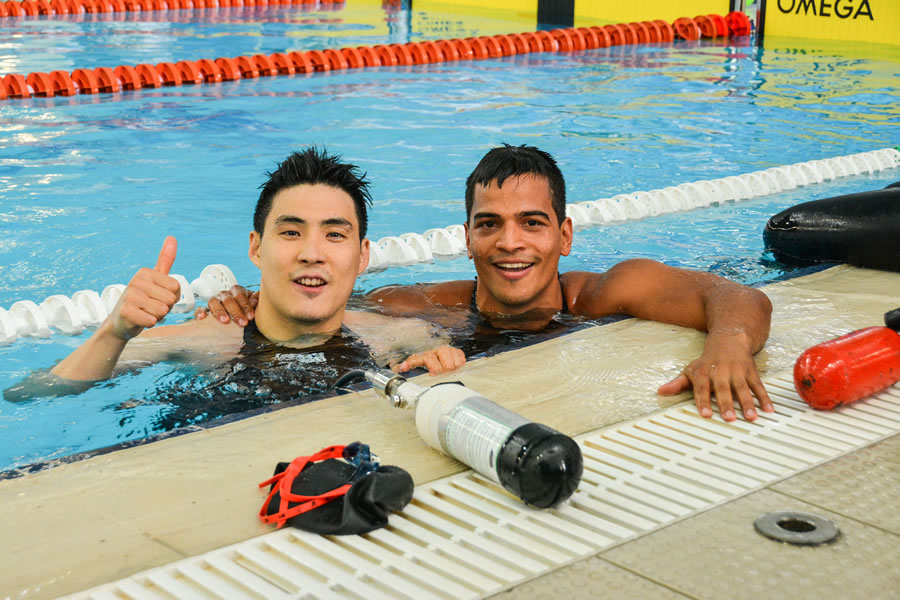 Day 2 – Morning Session
Four new world records were achieved in the morning session of the 2nd day of the CMAS Finswimming World Championship held in Volos.

The last World Record of today’s preliminary races was achieved by JUAN FERNANDO Ocampo Lozada from Colombia at the race of 200m SF with the time 1.19.12.

Day 2 – Evening Session
New World Records and high performances were the characteristics in the evening session of finals on the 2nd day of the 19th CMAS World Senior Finswimming Championship which takes place in Volos (Greece) with great success.

SENANSZKY Petra from Hungary was once more the person of the day as she achieved her third World Record in the championship, this time at 200m BF with the time 1.41.42.

A new World Record was also achieved by KOSINA Gergo from Hungary as well, at the same race (200m BF) with the time 1.33.31. 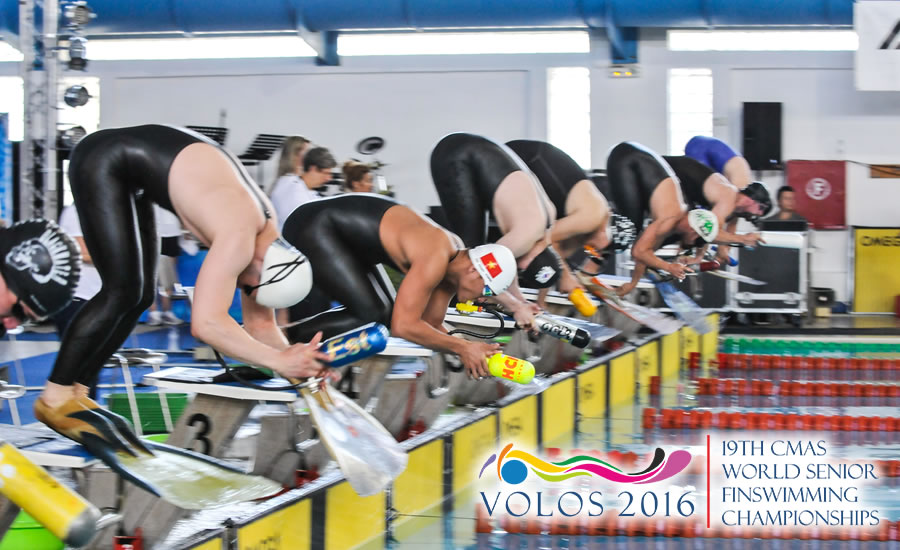 Two New World records at the opening of the Championship 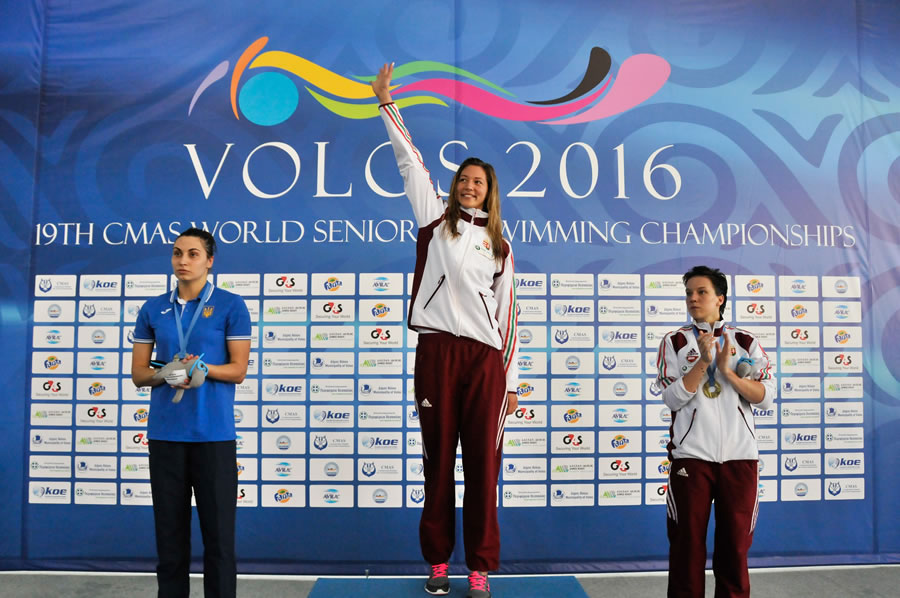 Petra Senanszky: “I’m very happy because of the gold medal. I had a better time at the Championship of Hungary, but, anyway, it is a World Record and this is fantastic. I hope I take a new gold medal at 200m Bf.” 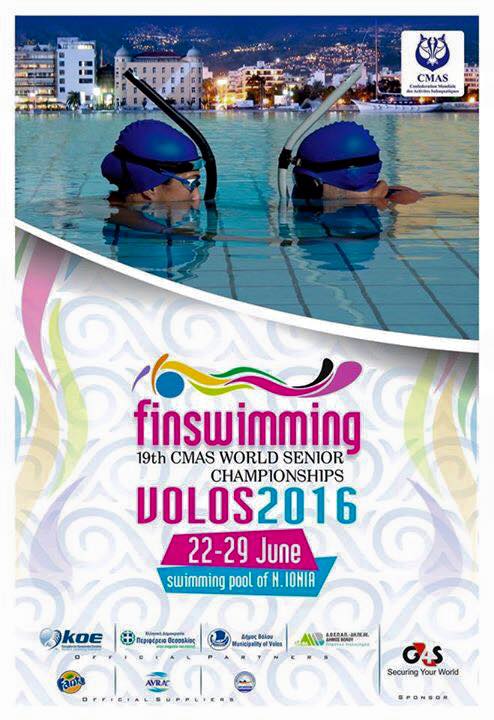