🇺🇸 NFL Stars With A Secret Passion For Swimming and Underwater Sports 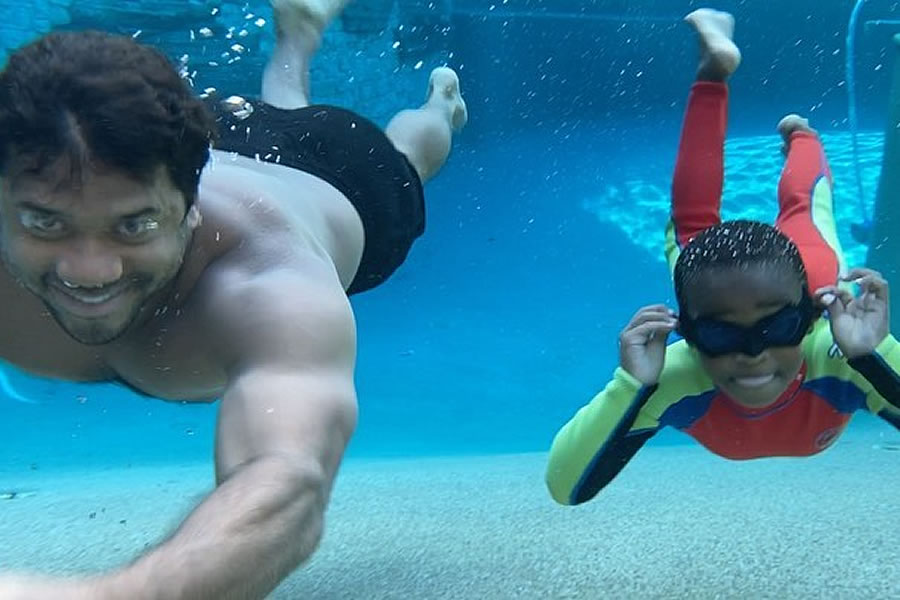 Reaching the NFL is a difficult task that requires a lot of dedication, hard work, passion, and strong will to overcome obstacles. However, one of the things that are required but not too many people talk about is having an athletic spirit.

Falling in love with sports in general and the ability to change daily training routines and try out different things just to keep your body in top form is crucial for having a long-lasting career in the NFL.

When it comes to trying out different sporting activities, it is very rare to see athletes from the NFL interested in swimming. These two sports don’t share too many similarities, but some athletes see the benefit of swimming and other underwater sports and include such activities in their daily training routines.

With swimming being one of the toughest sports that works on every muscle in your body, some NFL athletes fell in love with the sport. Here is a list of NFL athletes that love to swim and be underwater.

The Seattle Seahawks Super Bowl-winning quarterback is one of the professional athletes who incorporated swimming as cross-training exercise just to improve his performance on the field.

He is now almost a decade in the NFL and every year he surprises us with his performance. Ever since he was drafted by the Seattle Seahawks in 2012, he won one Super Bowl, reached eight Pro Bowls, and was NFL passing touchdown leader in 2017.

When asked about his outstanding durability on the field, the athlete credited his time spent in the pool.

“I love being in the water, in the pool. I think that helps a lot getting your body back. That’s a big thing for me.” He said.

Despite playing in the world’s most violent and injury-prone sport, throughout his career Wilson hasn’t missed a start and swimming has a lot to do with keeping him in shape.

Justin Pugh is an NFL offensive guard playing for the Arizona Cardinals. He is 31 years old, and his professional NFL career started after being drafted by the New York Giants in the first round of the 2013 NFL draft.

He has a true athletic spirit and has a rather unusual training routine by incorporating other sports like MMA training, Yoga, and swimming with fins.

When asked about his form and his daily routines that help him stay in shape, he credited swimming and MMA workouts. He said that swimming helped him drop body fat, get more athletic, and be in the best shape possible.

He also added that swimming is the best full-body workout that falls in the low-impact category of physical activities, which is very important for avoiding injuries.

Unlike other NFL stars who started playing football in college, Cribbs had a different path. In his college days, he was focusing on swimming and was very successful at it. Cribbs was an excellent swimmer on his high school team, and his favorite competitions were in freestyle, breaststroke, and butterfly.

After switching careers and moving to the NFL, his passion for swimming didn’t go away. He incorporated swimming in his training routines, which probably helped him stay in shape and have a 9-year career in the NFL. 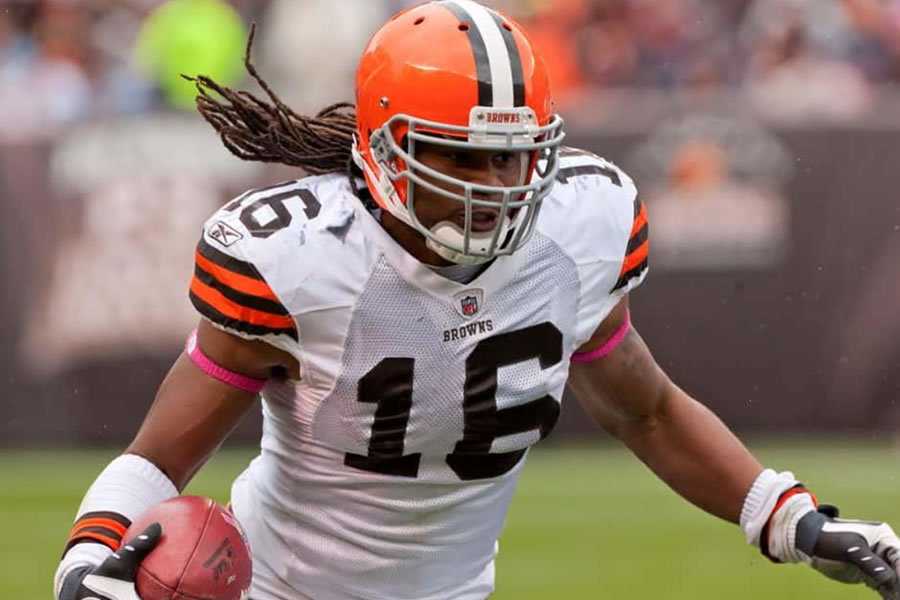 Here we have another former NFL stars that played 11 seasons with the Cleveland Browns. However, a decade of collisions has started to take its toll on one of the greatest offensive linemen. His NFL career ended in a bad way with many injuries and pain killers just to get him through games.

A horrible knee injury forced him to stop running, which is where he switched to swimming since it is a low-impact sport just to stay in shape. Swimming helped him grow stronger to that point that one of the nutritionists in Cleveland said that he is twice as dense as the densest athlete she’s ever seen.