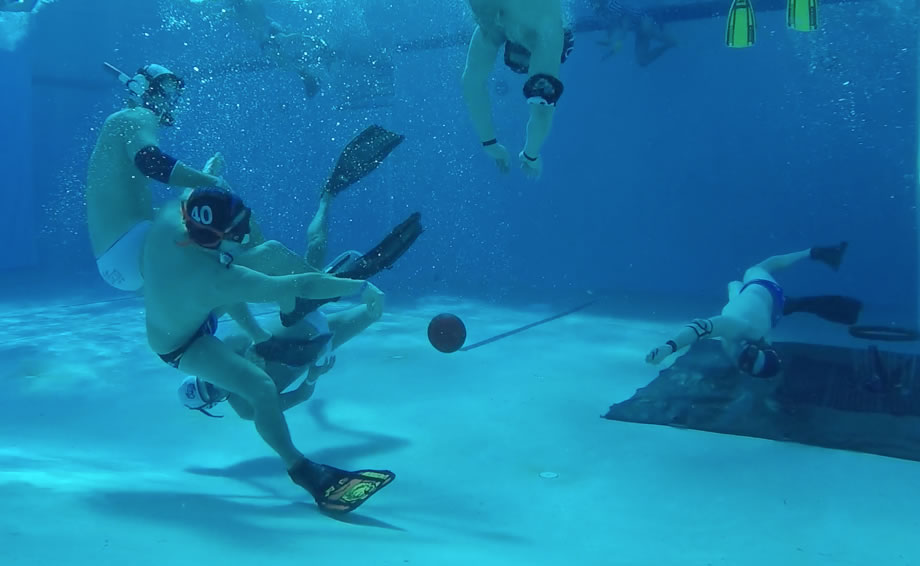 The newly created Florida Keys Underwater Rugby Club, known as the Florida Keys Krakens, hosted for the first time the North American League UW Rugby tournament on its 12th edition. The tournament organizers Nicole and Alana came back from their participation on the 10thCMAS UWR World Cup in Cali Colombia with the solid idea of putting together the UW Rugby team for their club (originally an UW Hockey club) and after some discussions with other US and Canadian teams they had the go to organize the first UWR tournament in Florida.

The event was an instant success due to the cold winter time since most of the NAL teams are from the East coast and Canada. The 12th edition has become a milestone on the North American UWR League with the record participation of 10 teams, including a team for the newly created USA-U21 program whose players were also allowed to play their respective club games.

The teams were divided in two groups based on the ranking from the last NAL tournament. The top two teams from each group advanced to the semifinals. Group A was dominated by the reigning champion  and undefeated during the group play,  the New Jersey Hammerheads with the surprising second place of the San Francisco Giant Sea bass team who managed to win several games with only 8 players but a high level of play. Group B was dominated by the undefeated NUWR team and the second place was secured by Boston UWR.

The final was also the closest final match ever in the North American League. The regular time ended with a 1-1 tie and an extra time was played to look for the tournament champion. Near the end the NJ Hammerheads scored but the goal was not counted because a foul against the NUWR goalkeeper. At the end of the extra time series of penalties was the next step to break the tie, but they ended 2-2. With the single penalties series, the game came to an end with the last penalty shot scored by the NJ hammerheads and the last penalty shot saved by the Hammerhead Goalie. Final Score NJ hammerheads 1 (3) – 1(2) NUWR.

The New Jersey Hammerheads kept the Championship title with this fifth in a row win. This tournament was the first of the four rounds for 2016 that will decide both the US and Canadian teams representing the two countries in the 2016 Champions Cup to be played late in this year in Berlin Germany.

Top scorer team and best defense were dominated by the NJ hammerheads as well as the tournament top scorer Daniel Naujoks.

The tournament was a great success despite the unusual low temperatures in Florida and will add an important venue for future competitions. A great surprise was the level of play of both Florida Krakens teams that played for the 5th and 6th place of the tournament as well as the San Francisco Giant Sea Bass team that made it to the semifinal and ended on the 4th place. 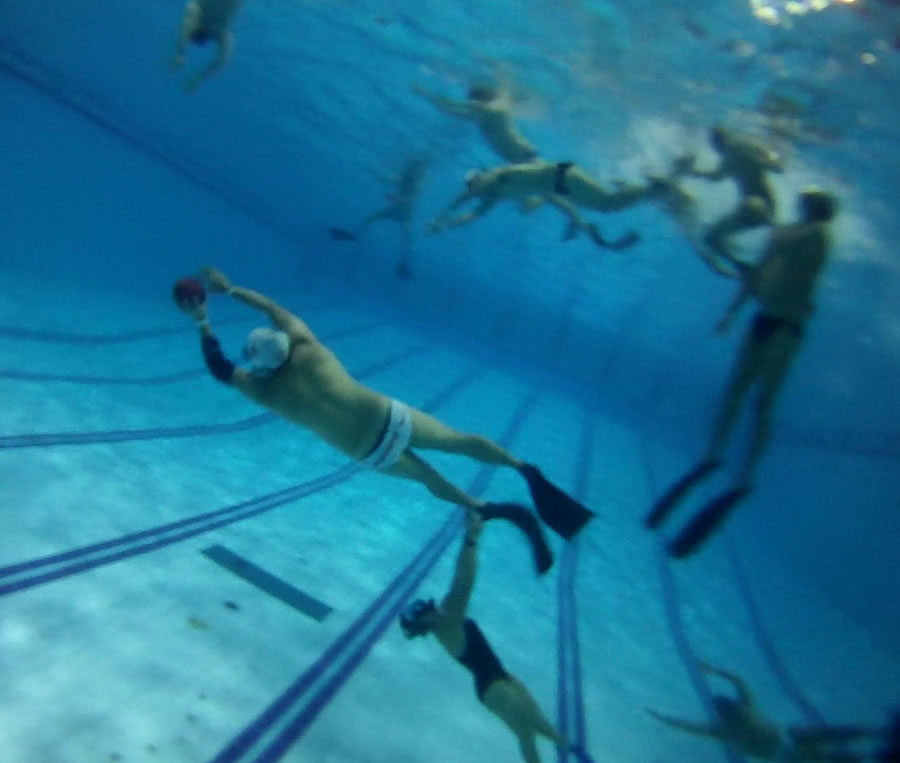 The Florida Keys Underwater Rugby Club would like to invite your team to come play rugby in the beautiful sunny Florida this February! 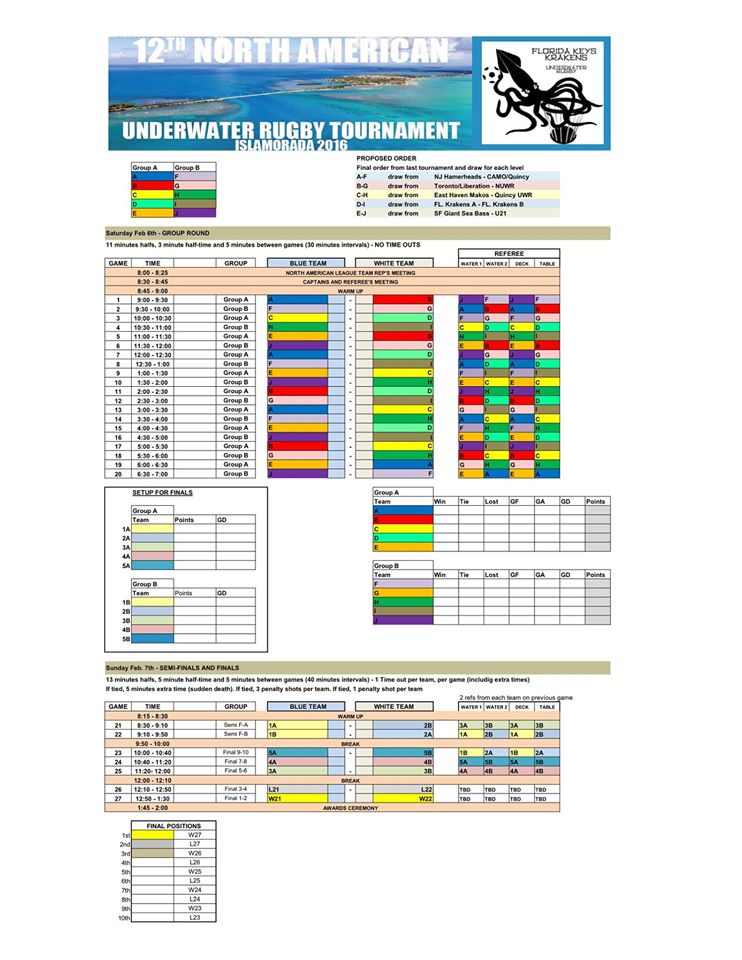 Players without a home club are welcome, we’ll try to accomadate everyone. Let us know if you need a team 🙂