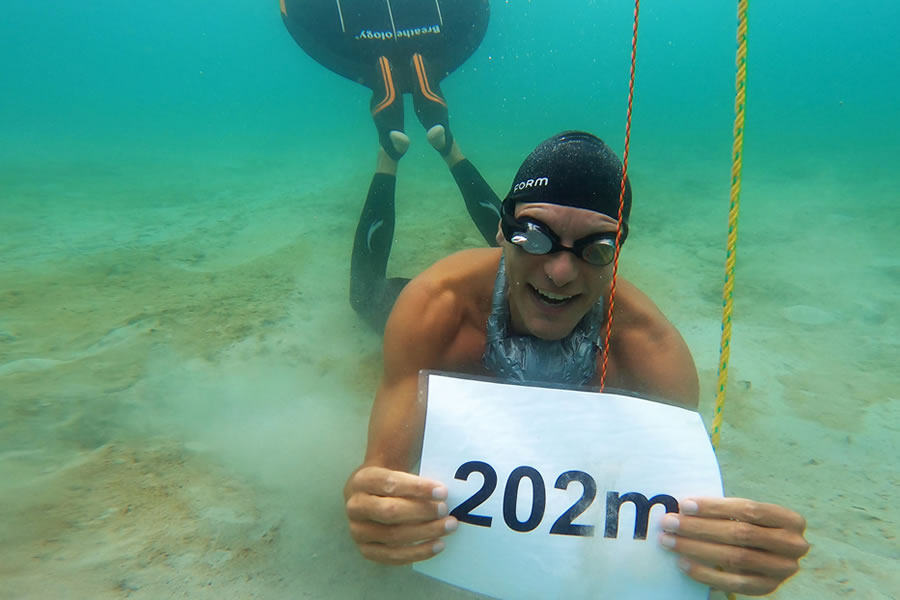 Danish freediver, Stig Severinsen, has broken many records. Although it has been almost 25 years since the first, and the date of birth may rather point to retirement than to new power performances, the Danish Superman has pulled on his swimming trunks once again. The reason is the global ecological crisis, and the reflection that he believes the 2020 Pandemic should give us all.

Stig Severinsen was the first person to hold his breath for 20 minutes under water. He has set a plethora of world records, and teaches breathing techniques for both peak performance  and physical as well as mental rehabilitation. Now on December 2020 he has smashed the existing record in longitudinal swimming underwater to the sensational and symbolic figure: 202.0 meters. No human has ever before dived so far in the ocean on a single breath of air.

Thus, the Dane adds a full pool length of 25 meters to the Venezuelan Carlos Coste’s record of 177 meters, which he set four years ago at the age of 40. Coste himself has held the record since 2010.

Stig Severinsen will turn 48 in a couple of months, and should therefore not be able to compete with freediving’s younger world players. However, the year 2020 has brought something to life in the Superman.

“I have long been looking for an opportunity to strike a blow for our planet and remind us how we should treat it. The place where the dive took place in Mexico belongs to one of the world’s most unique and beautiful coastal areas. Like many other places, it is threatened by plastic pollution and the human lifestyle in general “, says Severinsen and continues:

“When the world was hit by Covid-19 almost a year ago, I was looking for a way to show that the pandemic was not an excuse to forget our priorities for nature, or put our ambitions on standby. On the contrary. That is why I have spent the time training and developing both myself and my message ”.

Stig Severinsen, who also has a Ph.D. in Medicine, went out with his company Breatheology to provide training opportunities so that people could strengthen their breathing capacity and be better prepared for a possible infection. This meant a free release of Severinsen’s bestseller: Breatheology – The Art of Conscious Breathing in 10 languages and the development of a free online breathing training program targeted at the corona crisis for both the Danish and international audience. Simultaneously with the work, the freediver initiated an intense training regime, consisting of both physical and meditative development, in order to create the sensational record. 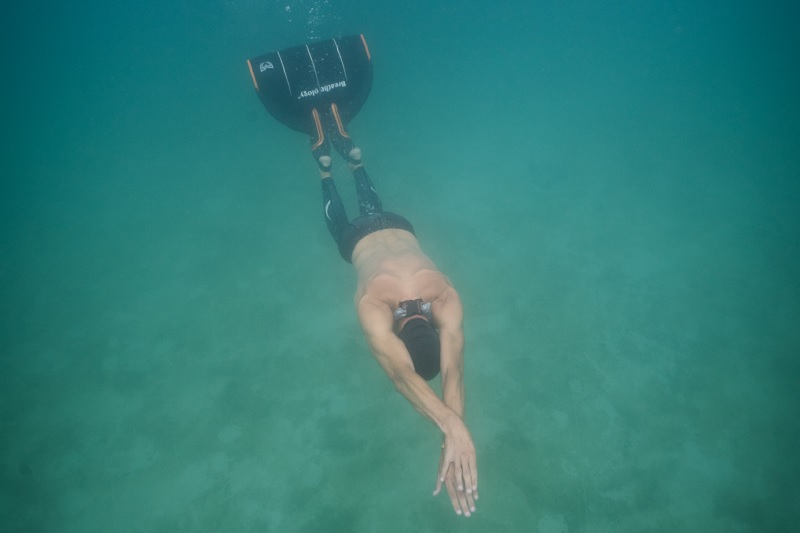 “My message is that the globe is an amazing place and that our body together with our brain can achieve the most incredible things. Rather than allowing ourselves to be paralyzed by fear, we must continue the human endeavours. But it must be done in harmony with nature – not against it. When we forget the fear and choose the action, we ourselves are masters of our destiny ”,says the freediver.

For several years he himself has shared the message of a more gentle treatment of nature. Among other things. with a strong focus on the plastic pollution that has affected the seas in which he has frolicked throughout his life.

The record has been approved by the official Guinness World Records organization and documented in live images off the Mexican coast in the so-called “Sea of Cortez”.

That Stig Severinsen has a fascination with number contexts should gradually be clear to anyone! Thus, he achieved the world record in breath holding underwater in the year 2010 with the time of 20 minutes and 10 seconds. This was the preliminary culmination of the battle for – as the first – to break the magical 20-minute barrier. The recent 2020 dive thus enters a tradition for the Dane, whose record will stand as an optimistic commentary on a year that most people would most likely rather like to forget.

Stig Åvall Severinsen was born on March 8, 1973. He has been named “The Ultimate Superhuman” by the Discovery Channel when he held his breath for 22 minutes underwater, and was the main character in a two-part documentary called: “The Man Who Doesn’t Breathe”.

He has a Ph.d. in Medicine and is the author of the bestselling book Breatheology – The Art of Conscious Breathing.

He is the Founder and CEO of the online training platform Breatheology and a Fellow International member of the Explorers Club in New York.

“The 2020 Dive” was made in secrecy in the Sea of Cortez, Mexico, Baja California Sur. An ocean known for its incredible wildlife and huge fish stocks – also called “The Aquarium of the World” by the famous diver and explorer, Jacques Cousteau. 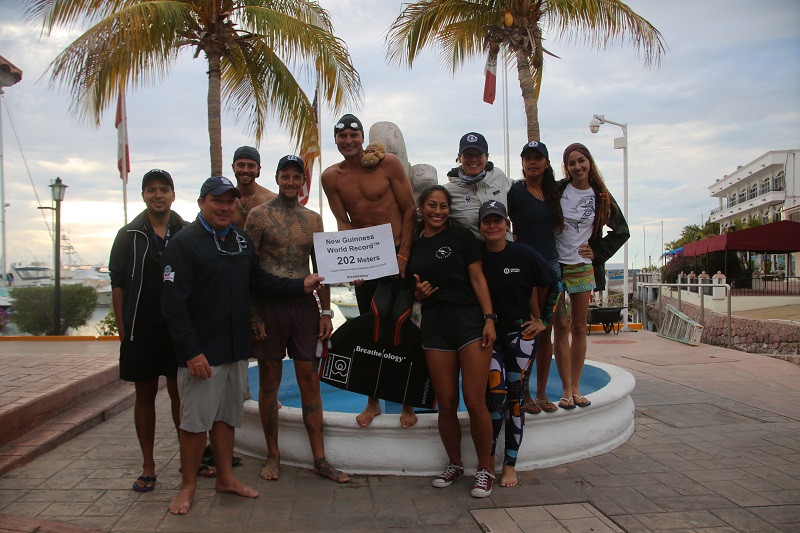