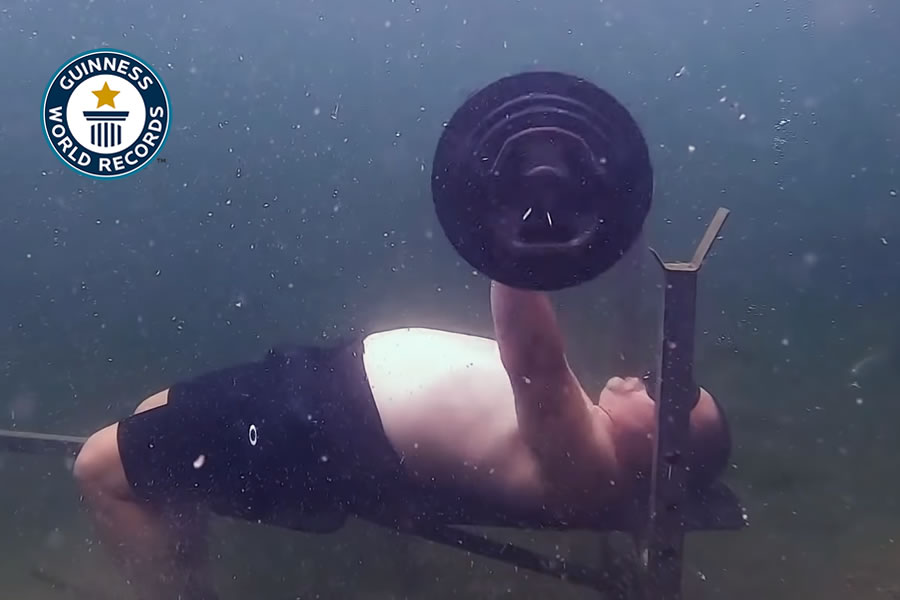 Do you have a favorite sport? Of course you do. Could you imagine that sport being played…underwater? Most definitely not. And yet, chances are it can be. More than that, there might already be an actual league for it and everything.

No, these events are not currently dominating the mainstream. They’re not plush with flashy advertisers, most participants aren’t making a boatload of money, and even many of the best sports betting sites won’t offer odds on their events.

In fact, get ready to be. We’ve compiled a list of the best underwater sports you probably didn’t know existed.

Ever think about doing bench presses underwater? Well, if you’re adventurous enough to have done that, you’re apparently not alone.
Not all versions of powerlifting can be done underwater. Bench presses, however, are perfectly doable.
You’re starting out with the weight on your shoulders, so it’s keeping you below the surface. That burden combined with the pressure from the water itself ensures you won’t suddenly float up — all while making your bench presses ridiculously, unfathomably difficult.
Even there are a guinness world record about that

For starters, you’re not using an actual ball. You’re playing with a 10-pound brick. And there isn’t any passing, field-goal kicking or punting. Players are really just handing off the brick and running with it.

And not even the running is really running. The weight of the brick can keep your feet planted on the bottom surface, but you’re still half-swimming.

Believe us when we say arm wrestling under water is an entirely different experience.

It takes three people to get this done: One official, plus two participates. A weighted arm wrestling table that floats to the bottom of the pool will be placed in the middle of it. Instead of sitting down, players must remain standing in crouching positions.

The key with this is ensuring the force with which you’re arm wrestling doesn’t propel you out of the water. To accomplish this, each table is outfitted with knobs for your non-dominant hand to hold on to. You grip that while tightening your core, the combination of which allows you to remain beneath the surface as you keep applying force to your opponent’s arm.

Mastering this is incredibly hard. It’s extremely difficult to brace your body enough and partake in an arm wrestling match all at once. On top of that, you’re also dealing with the extra pressure of being under water, which makes it harder to get your opponent’s arm to fold. 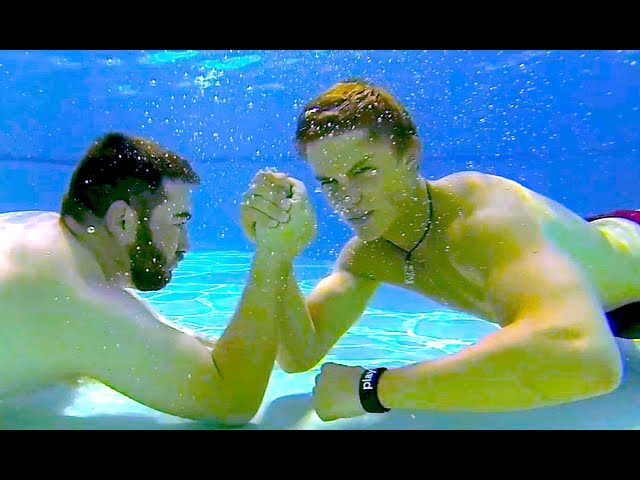 Of course, these 3 versions of underwater sports: Powerlifting, Anerican Football and Arm Wrestling are not recognized by any world organization and can and can be done recreationally, as a hobby or to take artistic photos, however there are other sports, endorsed by the World Underwater Federation(CMAS) that are organized, have world championships and that At Sportalsub.net we promote and continue with our news daily

Yes, hockey. Although, it isn’t hockey as you know it.

The underwater version involves smaller sticks. They can fit in the palm of your hand, and they’re light enough for you to swim around with them. Players are tasked with remaining near the bottom of the pool while trying to hit a puck into the other team’s goal.

We imagine playing Rugby underwater is absurdly difficult. It sure looks hard.

Underwater Rugby involves players from two separate teams swimming around while battling for possession of a smaller-than-usual ball that fits in one hand. Extra contact is allowed, just like in above-water Rugby. And rather than a traditional goal, you must drop said ball into a metal bucket that is placed at the bottom of the pool you’re playing in.

This is more of a natural underwater sport.

Participants are armed with spearguns, and they’re tasked with hitting certain targets from various distances and through different obstacles. It’s pretty straightforward for anyone who’s ever gone spearfishing while scuba diving.

At the same time, underwater target shooting is typically done in shallower waters—even pools. You don’t have the freedom to move around in a completely wide-open space. You need to position yourself firmly enough to remain underwater for a long enough time to spot your target, aim and fire.

It’s made even more challenging when you’re saddled with getting off multiple shots. Reloading your speargun without cracking the surface is next to impossible for beginners. Like all underwater sports, this is one that takes practice.

You can see this great pictures about underwater sports of the CMAS Games Bari 2007, for our underwater photographer and co-founder of Sportsub & Sportalsub: Ronald Laurens 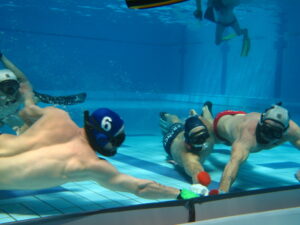 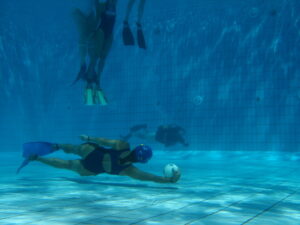 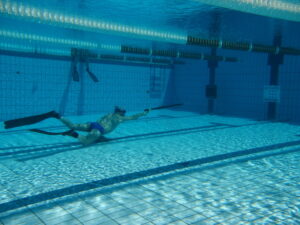 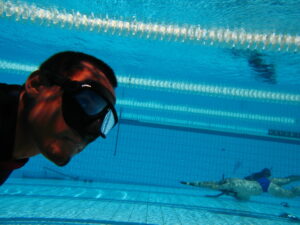