🇺🇦 CMAS Position and President´s Message about situation in Ukraine 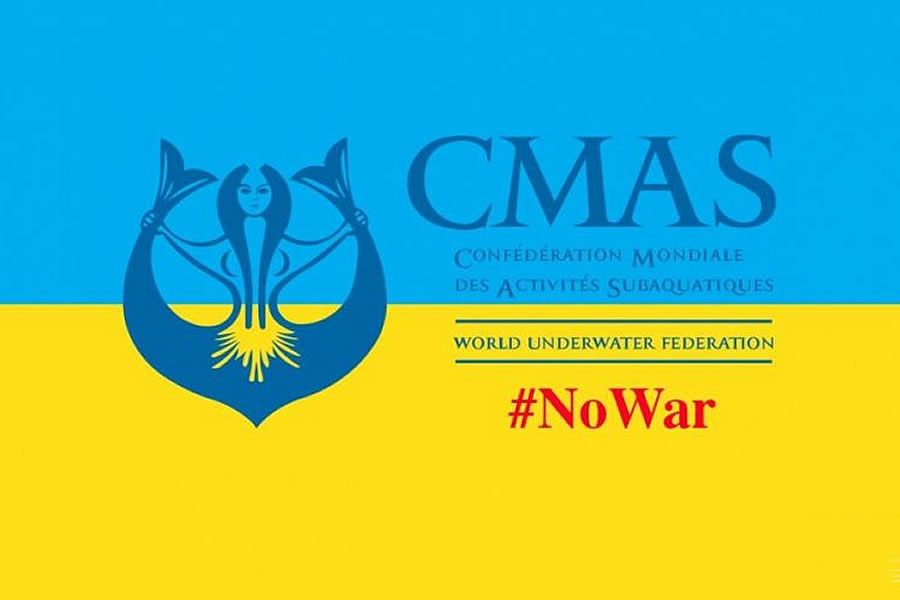 After the beginning of the military actions carried out by Russia in Ukrainian territory since the end of February 2022, the World Confederation of Underwater Activities (CMAS) and its President, the Russian Anna Arzhanova, pronounce on this situation and the position of this organization at respect. Over the past number of days many athletes and divers from all over the world have expressed their feelings regarding the war in Ukraine. NOBODY in CMAS wants the war, NOBODY! I rebuke not only war but even the idea of using force against other human beings. We ought to understand that the world is divided not only into nations, but also into decency and villainy, violence and goodness which have no nationality. We are all qualified by our actions, rather than just by our nationality. We ought to admit-one’s actions should determine who they are, not where they were born. We shall all be united under the objective of saving peace and progress and work to preserve the lives of people. We are all humans; we all feel this pain. Throughout history, sport never divides, but always unites. I genuinely hope it stays that way.

I wish safety and health to all the people in need right now. CMAS Board expresses the highest concern for the worsening of the conflict in Ukraine and confirms its solidarity and support to the Ukrainian population, heavily impacted by the unexpected war operations in its territory, which have been condemned globally.

President Arzhanova stated “CMAS shares the position of the IOC in respect of the situation in Ukraine and will coordinate its action following the IOC guidance and guidelines. At the same time, CMAS ensures that it will contribute to the best of its possibilities in the efforts towards peace making and keeping, as expected by sport and sport institutions. We are all particularly close to all our athletes and national federations officials and will spare no efforts towards a peaceful resolution of the current crisis.”