🇺🇸 Scuba Diving | Get to Know Your Neighborhood Shark in USA 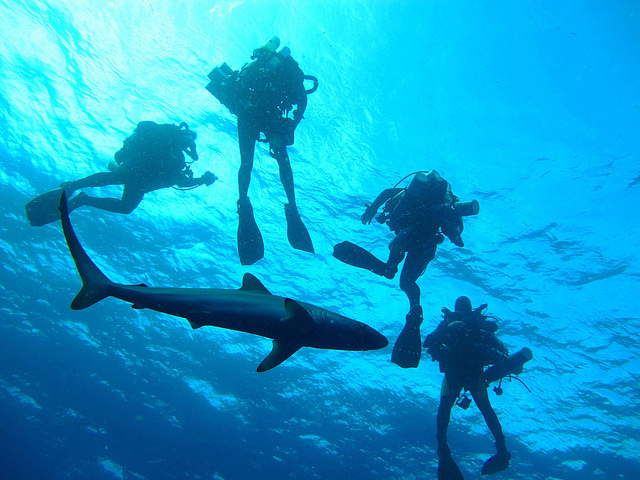 Let’s talk about the elephant in the room. Or, more to the point, the shark in the water. Summertime, swimming, Shark Week — fins are the hot topic of conversation right now. Seven people have been bitten off the shores of North Carolina in the last few weeks. An eighth bite has been reported over the holiday weekend but is, at this time, unconfirmed. Now scientists and shark researchers are working to determine why this spike has occurred. Could it be environmental?

The short answer: possibly. An increase in coastal water temperatures leads to more food near the shore, which brings the sharks closer to land. Factor in turtle nesting season with an abundance of beachgoers and you have what George Burgess of the International Shark Attack File (the longest running shark bite database) calls a “perfect storm” of conditions for an increase in human-shark encounters.

The problem in North Carolina seems to be the size of the animals rather than the quantity of them. Larger sharks mean larger bites. And when sharks bite, humans panic. We end up with the knee jerk reaction of people calling for shark culling and wanting to kill all the sharks, not just the ones which might actually be a threat. This could spell disaster for the local ecosystem. Sharks are an important part of the food chain. Like most large animals, sharks take years to reach sexual maturity, and the majority of breeds have one or two offspring a year. A large cull could wipe out an entire generation and start a march towards extinction.

Doomsday scenarios aside, warmer water and more people in the ocean multiplied by an abundant food source equals increased chances of getting bit. It’s more about the number of people in the water right now than the sharks that are always there. There has been no explosion of shark populations, no increase in their appetite for humans. While they should never be dismissed or downplayed, they are out there. As stewards of this planet it is up to us to safeguard the future of these animals while still being smart enough to protect ourselves.