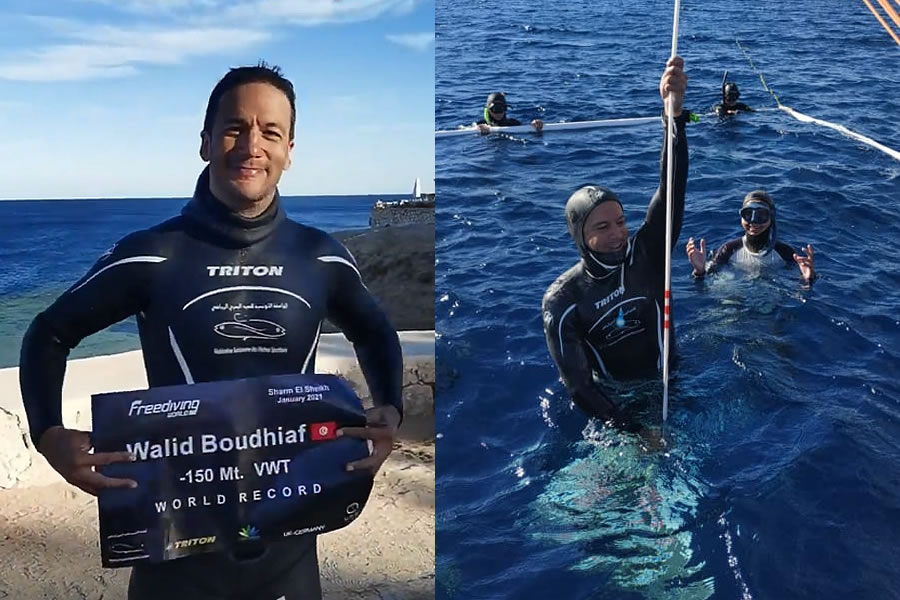 (Sportalsub.net / Walid Boudhiaf) – Leer en Español
This Sunday, January 17, 2021, the Tunisian freediver Walid Boudhiaf set a new world record in the variable weight modality of the International Association for the Development of Apnea (AIDA), in the waters of Sharm el Sheikh, Egypt.

Walid made a dive of -150 meters in variable weight apnea, in which the freediver dives with the help of a sled and ascends with his own effort by flapping or with the impulse of his arms, surpassing the previous mark of -146m that had the Greek Stavros Kastrinakis since November 2015. 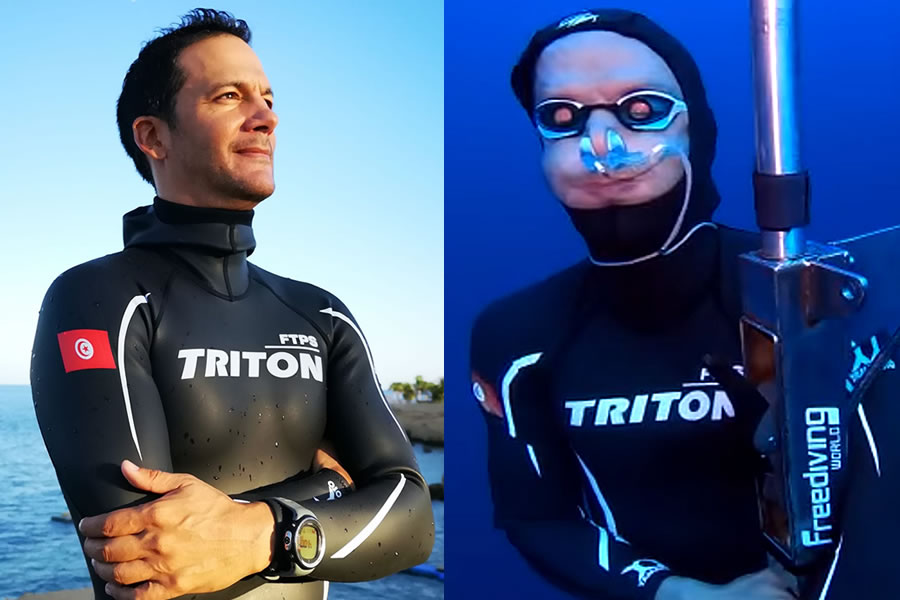 From January 17 to 26, 2021, the freediver of Tunisian origin Walid Boudhiaf will be attempting two new world records in the variable weight and free inmersion modalities of the International Association for the Development of Apnea (AIDA), in the waters of Sharm el Sheikh, Egypt.

The current record in variable weight, in which the freediver dives with the help of a sled  and ascends with his own effort, flapping or with the impulse of his arms, is at -146m and was recorded by the Greek Stavros Kastrinakis in November 2015 and will be the mark to be surpassed by Walid, who in his last training dive of 2020 registered a decrease of -137 meters, as published on his official Facebook page.

Likewise, Walid will be trying to overcome the world record in the free immersion modality, where he must descend and ascend without fins, using only the strength of his arms to pull the rope and be able to move. This record is set at -125 meters by Russian Alexey Molchanov since July 2018.

The event will be organized with the support of Freediving World, Tritonsub and the sports authorities of the Government of Tunisia.

Sportalsub.net will be following up on this attempt and possible world record of Walid, to whom we wish the greatest of success in this event.